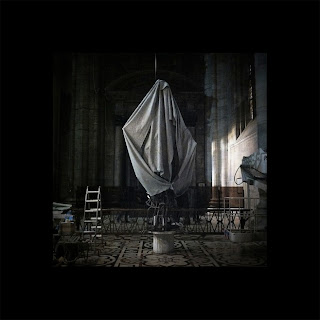 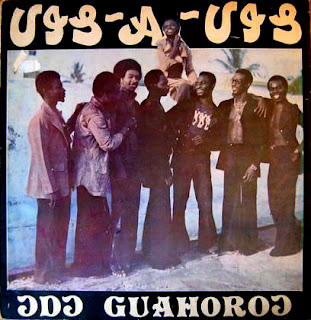 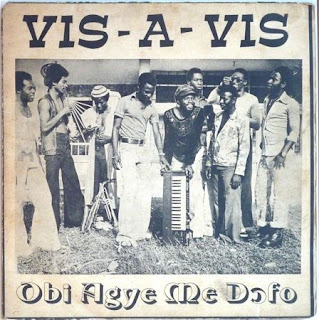 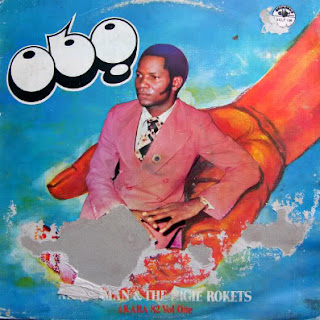 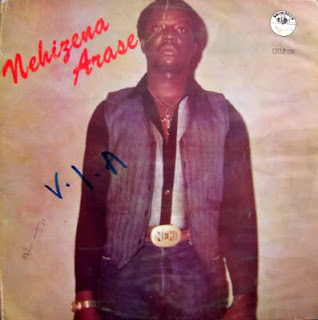 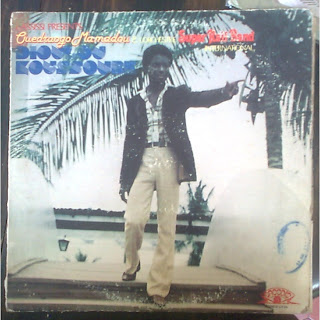 "The legendary band that has been an institution in Mali since the late 1960s, Super Rail Band, mixed traditional African instruments with electric guitars, led by the mesmerizing presence of singer and guitarist Djelimady Tounkara. The Super Rail Band was born out of a Malian government subsidy in the 1950s for local groups to integrate indigenous folk traditions into their music, including Mandingo jeli songs and hunting songs, which the band mixed in with Afro-Cuban dance rhythms, electric guitars and trap drums. For years, the band anchored a lively international scene at the dance bar operated by the Mali Rail Company at the railway station in Bamako, Mali's capital.
The Super Rail Band served as an important launching pad for the careers of numerous West African musicians, including kora player and singer Mory Kante, guitarist Kante Manfila and Mory Kante and Salif Keita." 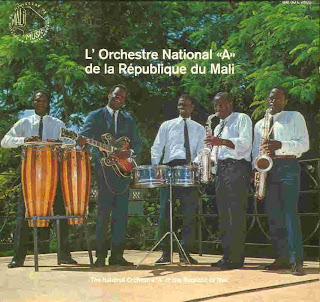 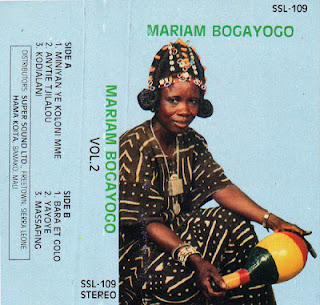 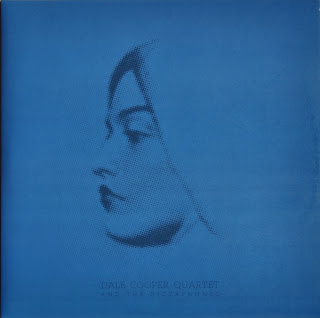 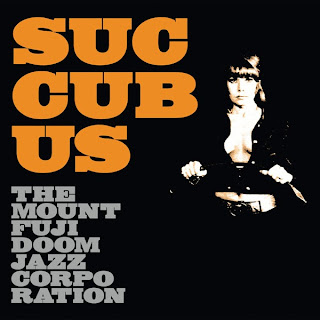 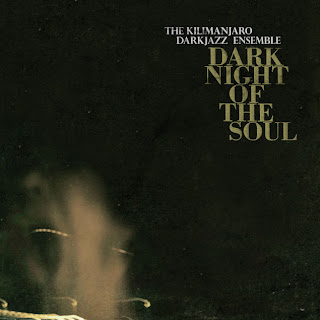 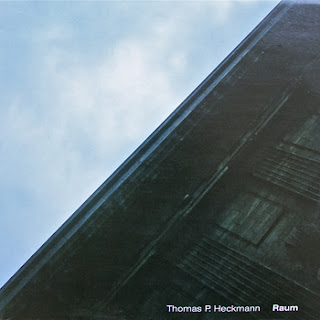 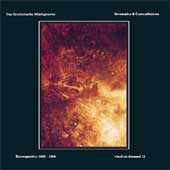 A first LP on the outstanding Madrid based label Discos Esplendor Geometrico followed up by CD's and Vinyl on SFCR (F) and Pinch-A-Loaf (USA), Povertech (USA) as well as releases with likes as MSBR, Mnortham, Frans de Waard, Ios Smolders, Artificial Memory Trace, Thomasius, TBC, The Oval Language and others, as well as a pile of compilations.

Guido Hübner of Das Sytnthetische Mischgewebe” wrote a piece for the Zeitkratzer Ensemble and its former sax player Ulrich Krieger, has been invited in the studio for Electro-acoustic music of the Arts Academy of Berlin and had Electro-acoustic compositions premiered in Berlin, Brugge, Caen.
This LP contains exclusive, rare and unreleased material. 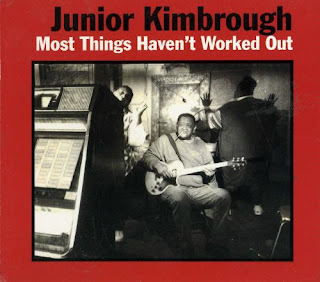 "You goin' to. You'll be there / If I go before you, if I die before you, I'm going to be there opening the doors, saying, / "Come on in there Brother Fuck" 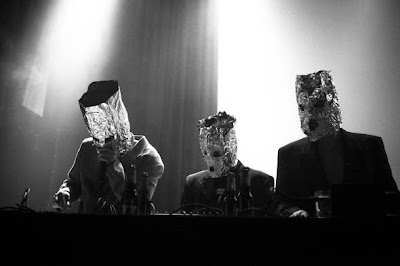 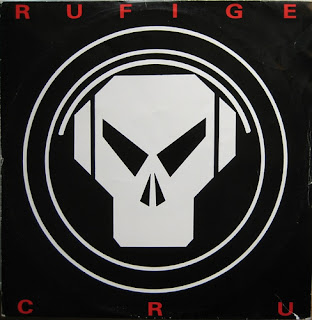 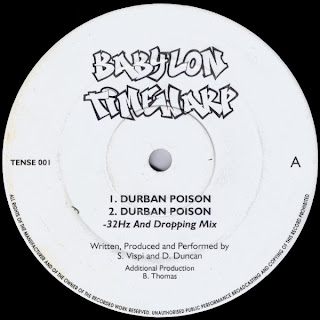 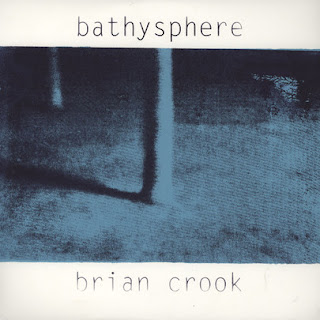 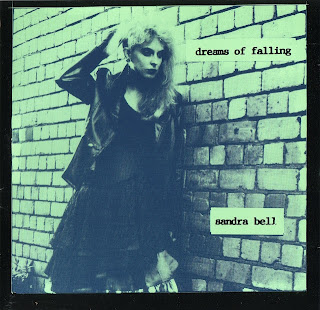 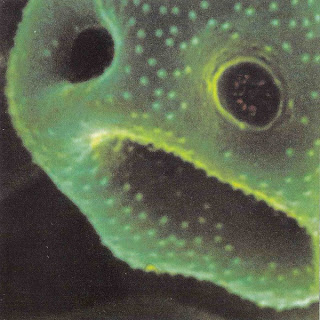 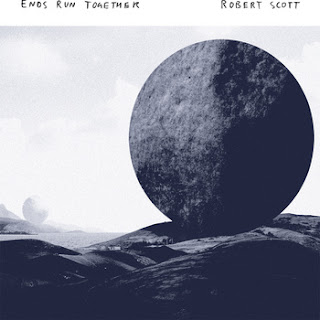 Etiquetas: 2000, 2010, Ends Run Together, Robert Scott, The Bats, The Clean, The Creeping Unknown, The Magick Heads 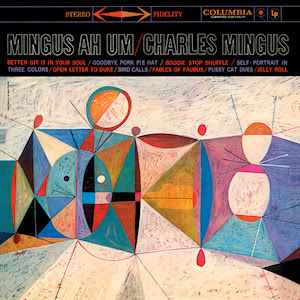 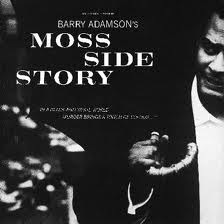 "In a black & white world, murder brings a touch of colour..." 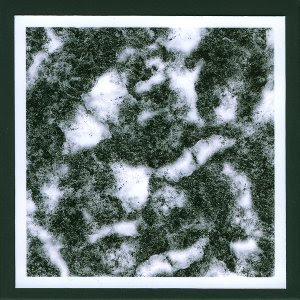 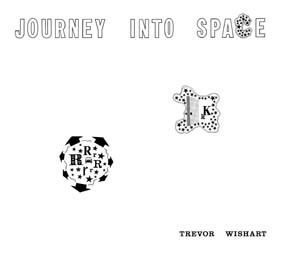 "This album truly is something different. Predating Wishart's excellent "Red Bird" (reissued in the 1990s on the CD Red Bird/Anticredos), Journey Into Space was composed over the course of three years (1970-1972) and self-released the next year in the form of two separate LPs sold by the composer himself.
In early 2002, the Paradigm label reissued the complete work on one CD. With its total duration of 79 minutes (quite ambitious in those days) and its then-unique amalgam of concrete sounds, tampered bits of free improvisation, and scored musical events, the work stands out. Yes, as Wishart himself points out in the new liner notes, some transitions are crude. Someone listening to it without a historical perspective could easily find many examples of naïve sound juxtapositions and overtly explicit symbolism (especially when compared to the complex networks of symbols found in "Red Bird").
Nevertheless, the piece still holds a pioneering freshness and commands respect. Plus, those who prefer tape compositions that follow a narrative will be charmed by the underlying allegory that takes listeners from a "Birth Dream" to a "Journey" in which a man's "day in the life" parallels a rocket launching and the eventual expanded understanding of life found in the metaphysical "Arrival."
The space theme, most probably inspired by Neil Armstrong's moonwalk (still a news event when Wishart started to work on this) is what dates the piece. Furthermore, it gives it some sort of psychedelic aura — the sequence in which the man wakes up and prepares to go to work can't help but recall Pink Floyd's "Alan's Psychedelic Breakfast." The instrumental passages include contributions from a cast of York University alumni, including students Jonty Harrison and Steve Beresford. Despite its flaws, Journey Into Space remains a fascinating listen and an important document from a key period in avant-garde music history. — François Couture "

Trevor Wishart has begun his active career as a composer of orchestral and electro-acoustic music, but his interests soon diverge to the computer and the human voice. Even if some of his works have won prestigious prizes, Wishart will also be remembered for his important advancement in computer-based sound processing technology and his implication in community arts and music education. The late '90s saw his popularity rise among avant-garde circles, leading to the reissue of part of his discography and the recording of new works.
Wishart was born 1946 in Leeds, England. He grew up there and would spend most of his working life in Northern England. Little is known about his musical upbringing, but he started to work with recorded sounds in 1969, in reaction to the death of his father. Abandoning traditional composition, he began collecting sounds of machinery.

The 1970s saw him very active, splitting his time between electro-acoustic composition, site specific projects ("Beach Singularity," 1977), work with amateur and community groups (he collaborated with Interplay, a team of music street workers), and the development of new workshop techniques. This fertile period yielded "Red Bird," a compelling tape work five years in the making (1973-1977) that first expressed his fascination with sound transformation. The piece was awarded a Euphonie d'Or by the Bourges Festival.

During the 1980s, Wishart focused on developing composing tools for the computer. Begun during a passage at the IRCAM studios in 1986, his series of sound transformation software instruments are available as part of the Composers Desktop Project. Wishart's interest in avant-garde music has always been coupled with a desire to create it and the means to make it available to the general public. His software, tailored to be easy-going and resource-savvy, is just another way of achieving his goals.

Composer residencies in Australia, Canada, Holland, Berlin, and the U.S.A. allowed him to introduce his works to different audiences. All the while he developed a series of educational musical games published as Sounds Fun and Sounds Fun 2 and later translated in Japanese. Workshops with Contemporary Music for Amateurs, the Firebird Trust, the London Sinfonietta and Sonic Arts Network led to participatory multimedia projects in Japan, Scandinavia, and the U.K.

After a period of writing for the human voice (the "Vox" cycle), Wishart came back to electro-acoustic composition in the 1990s with "Tongues of Fire" (Golden Nica at the Ars Electronica competition in 1995) and the Voiceprints cycle (also the title of a CD released in 2000). He is also the author of two books on sound transformation: Sonic Art (1985) and Audible Design (1994). — François Couture" 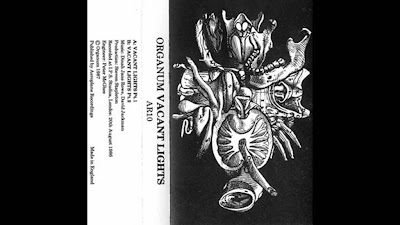 
"There are few artists more elusive than David Jackman. Active in modern music since the early 1960s, Jackman took part in British composer Cornelius Cardew's crucial Scratch Orchestra, which at various times has featured luminaries such as granddaddies of noise AMM, composers Howard Skempton and Gavin Bryars, and the legendary Brian Eno. Since then-- either under his own name or under the more recognized moniker, Organum-- Jackman has released countless records that exist on the peripheral edges of industrial and experimental music.   As private as Jackman is, his list of collaborators reads like a who's who of experimental heavyweights: Jim O'Rourke, Nurse with Wound's Steve Stapleton, Current 93's David Tibet, Main, Eddie Prevost, The Haters, The New Blockaders, and Christoph Heemann have all had roles in his Organum project."
popsike

“Vacant Lights works so well because it seems so simple. There are two players, David Jackman (who is the center of Organum) and Dinah Jane Rowe. In what appears to be an improvised live performance, they bow metal (perhaps gongs or cymbals?), roll metal pipes along the ground, and play breathy fragments of melodies on what sound to me like shakuachis, or wooden flutes of some sort. The ever-present coating of reverb that accompanies most Organum recordings adds portense to the spare movements of the players, but it isn't overbearing here as it is on Ikon or other less successful Organum records. What takes Vacant Lights to the next level is that it appears to have been recorded outside, on a city street.

The Organum duo plays along to the sounds of passing cars, city buses, honking, wind, distant urban noise... throughout, they are highly sensitive to their surroundings, treating all sounds as equal compositional elements. At times, they play beneath the city sounds, adding a layer of rolling fog under the environment. At other times, the flutes poke through, but find some aboveground pitch to blend into; eventually, environment and intentional playing become indistinguishable. Two producers (including Nurse With Wound's Steven Stapleton) are to credit for bringing the environment into the recording with such detail and clarity, but ultimately the success belongs to Organum for creating a record that is part field recording, part improvisation, and finally something unique. It's such a simple and well-executed idea, that the depth of music belies its illuson of naturalness and effortlessness"