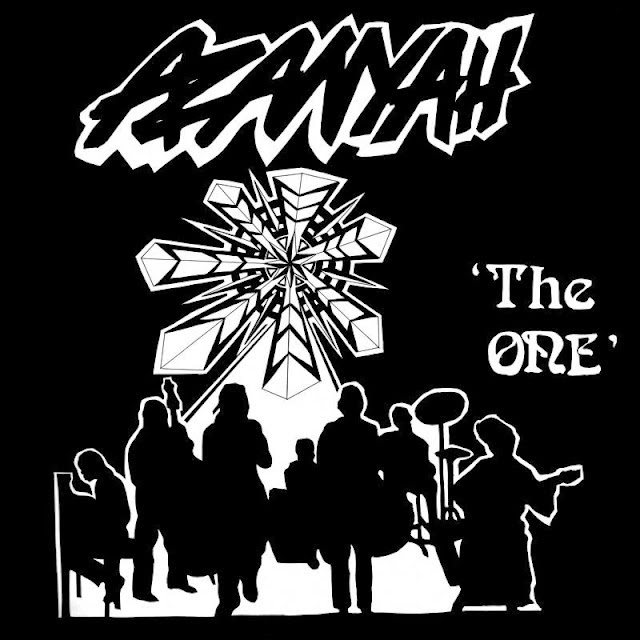 "Suffused with spiritual uplift but lacking any saccharine in either content or production values, Azanyah communicates in a language that harks back to the great message bearers of an earlier time: the musical language of Coltrane, Pharaoh and their fellow travellers, musicians who had journeyed deep into the wellsprings of the African-American and African traditions, and returned with complex, burnished artifacts that spoke of the highest truths with incandescent urgency. Its musical message underpinned by the deep pulse of the eponymous Mamaniji Azanyah’s bass, The One is a document that seems somehow out of time: it comes as a surprise that this album was recorded in the ‘80s, although The One is not a nostalgic throwback to the revolutionary period couple of decades earlier. Rather, it is part of a long continuum of committed visionary sound, drawing strength from the same sources that inspired its forebears, and walking on the same paths toward enlightenment. Raw, earthy, deep jazz - Spiritual Jazz at its finest! 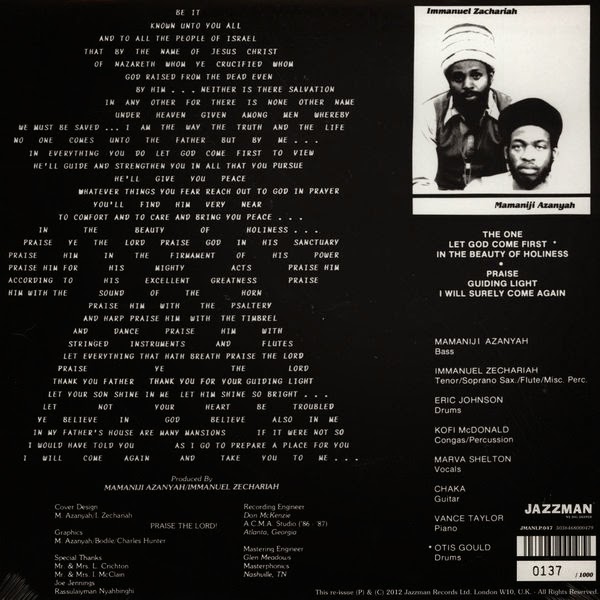 Etiquetas: 1987, Azanyah, Jazzman, Path of Light, spiritual jazz, The One