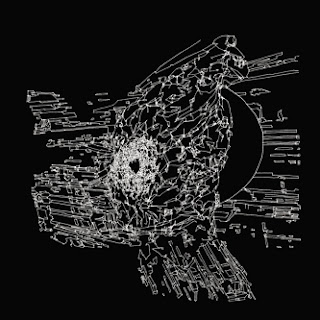 The sixth show in the Cyrk series ‘Pattern Compulsions’ curated for Resonance 104.4FM, is an exclusive mix by Dalglish..
Born in Edinburgh. Chris Douglas – aka O.S.T. / Rook Vallard / Dalglish grew up in San Francisco and began studying piano at age 8. Released first EP on Detroit based Switch Records in 1992. Founded Qlipothic Records in 1996. He has created a large body of work, a highly textured and confrontational take on traditional forms of electronic dance music.
With initial releases and early formative years spent in Detroit and San Francisco, he acquired several high profile fans such as Autechre who had him support their 2001 ‘Confield’ tour of North America, then later brought him to Europe to play their curated ATP festival, where he has remained since.
The digital only version of ‘Benacah Drann Deachd’, his latest release has been receiving some of his most eager reception to date, with a full page review in the June issue of the Wire:
“Chris Douglas haunts his own music. A nomad and something of a loner, he has rattled around the electronic music network like a busted component for the last decade and a half [...] It’s appropriate, because his music is one of the most striking evocations of the life of the mind that you’re ever likely to hear. The music is substantially live, improvised within a loose framework, and the shifting layers of grey-green tone, fractured samples and nervous tics that whip around the stereo field obsessively tease out new geometries and shapes ..” Derek Walmsley, The Wire
http://www.cyrk.org/v2/?p=1868﻿
Pattern Compulsions #6 - Dalglish by Cyrk-Pattern Compulsions
Publicado por disco_inferno en 17:47