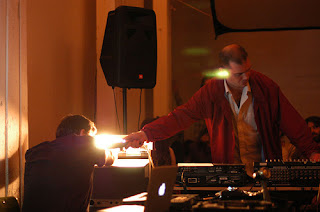 Graham Lambkin's oeuvre has long explored the cracks which burnish the underside of contemporary music, poetry and visual art. His work teases the fragile threads connecting the psychotic, the absurd and the mundane; often bringing them to the point of near ruination.. Throughout his 20 year canon of published work, Lambkin has continuously played with the themes of horror in the everyday, whilst mocking the comical violence inherent in us all.


Millows throws light on a previously unpublished division of Lambkin's work: that of the ceaseless experimentation in self-portraiture. Dating from 2004, the Millows series employs the simple arsenal of camera, computer, printer and alcohol, to test the mettle of the author's personal frontiers. Through a simple process of image over-printing, Lambkin's profile is pushed through fields of distortion and false persona; the sickly wash of colour and chaos only returning to a state of relative calm once the ink cartridge expends its worth.
penultimate press﻿ 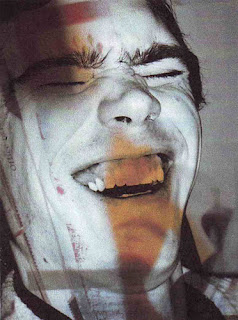