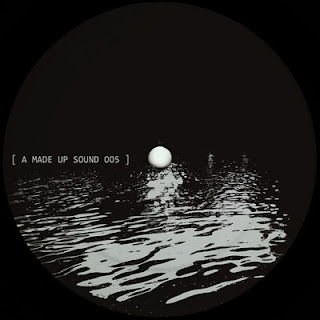 Palote
First A Made Up Sound release in over a year, following up on the Rear Window excursion on Delsin, the Clone Basement release and the 2562 – Fever lp. It features that ‘left-right track’ heard in many a 2562/A Made Up Sound dj-sets over the last months. The flip contains a piece of congealed frustration we had to get out of our system before it got worse, as well as the original beatless version of the A-side to calm down again, somewhat. Already massive reactions from all the hot guns but of course decide for yourself!
A Made Up Sound - 'Take The Plunge (beat mix)' by BOILER ROOM
http://clone.nl/item21634.html
A Made Up Sound 005 - Take The Plunge / Anger Mgmt OUT SOON by 2562 / A Made Up Sound