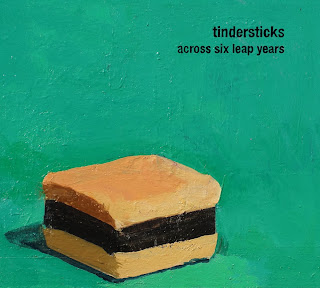 ‘Recording these songs again was not so much about righting past mistakes or inadequacies, but more about the power of now. Something that’s been growing since the film shows, something that made us recognise how we feel now, and connecting that to our past feel important.

Walking up to Abbey Road, it could easily have overcome us. But it had nothing to do with its past. We weren’t there to take photos on the crossing. I didn’t think about playing the Lady Madonna piano. I’d like to say it was just another studio, but sadly, that’s not true anymore. It’s one of the only studios of its kind left. And it wasn’t about our past either. These songs feel like cover versions. Someone else’s music we feel we had something new to bring to. Abbey Road could have been a big slap on the back. Or a big punch in the face. But it felt natural. It’s where we should be. It’s important that we got here and to give ourselves some credit. It’s also important to give these songs a new life.
And so much more fun than a greatest hits album. 21 years of tindersticks. This isn’t a selected highlights. It just shows how far we’ve come.’

1. Friday Night (2002) is a maverick song, looking for a home. The seeds of this song were sown in response to Claire Denis’s Vendredi Soir before the band pulled out of making the soundtrack for the film. A stripped to the bone version appeared on my first solo album “Lucky dog recordings”. It was then picked up by the band in 2011 for the Claire Denis soundtrack tour and finally became what it was always looking to be.

2. Marseilles Sunshine (2003) was written for the band just before it imploded. This song has been dreaming of this version for 10 years.

4. Dying slowly (2001) was written, in some way, as a response to Kurt Cobain’s death. In my own small way I felt divorced from our audience; both needing to and hating engaging with them. Even though I felt that ‘Dying slowly’ had a huge element of defiance and even victory in its essence, our band was feeling pretty resigned and the original became a pretty resigned recording.

5. If you are looking for a way out (1999) is our adopted song. I am still surprised that as I stood at the side of the school disco waiting for Nag nag nag to be played, I was listening more than I gave myself credit for. I never imagined that this song would stay with me for the rest of my life. We had one attempt at it on our album ‘Simple Pleasure’ – We were trying so hard to be loose.

6. Say goodbye to the city (2003) I am so thankful now to hold this version of a song that is so close to how it was originally conceived. I thought it had gone forever, and every time I heard it I would hang my head.

8. A night in (1994) is a song from our second album. After making our first album something happened, my writing took a huge leap. A few months earlier I could not imagine trying to write a song like ‘A night in’. Unfortunately my singing and playing did not catch up until much later. These are songs that have proved to me to need a tenderness and understanding that I was unable to give them as a younger man on a first meeting, they have grown, their sentiments have grown, they talk about so many of the experience I have had since then.

9. I know that Loving (1999) is another song from ‘Simple pleasure’. A breakthrough song that we didn’t fully understand at the time. I remember trying so hard, spending hours singing this song in the studio. I felt there was a glass ceiling above me that I just couldn’t break through.

10. What are you fighting for? (2006) is a song looking to belong somewhere. This song was supposed to close ‘The Hungry saw’, it just never found itself in time for that moment.